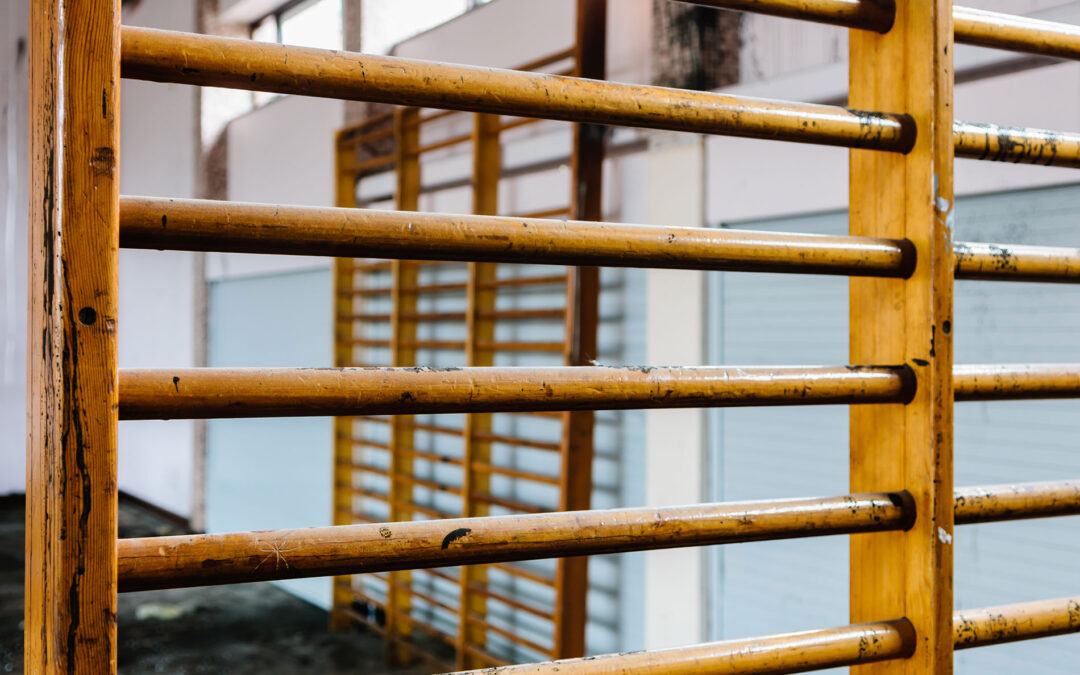 PE was awful for the likes of a skinny boy like me. Physical it may have been, but not one scintilla of it was educational. You were either good at things, or you were shit at them and if you were shit at them, that was a real pity – you were just going to have to do them anyway, albeit shittily.

I was decent at a hundred metre sprint, probably because I had the bodyweight of a stoat, and it helped that doing it faster got it over quicker. But my poor juvenile spirit sank weakly and weekly at the prospect of football, rugby, cricket – any of those team games where the only kid to be picked after me was the one who routinely wet himself and always had glue round his mouth. Then there were the plunging horrors of cross country runs. The pointless discomfort of climbing things that could just as happily have remained un-climbed and jumping over things that you could really easily go round.

I hated it all, and actually I don’t really understand how it was allowed to happen. Can you imagine a maths lesson where you were expected to use Pythagorus’s Theorem to calculate the lengh of the hypotenuse of a triangle without anyone explaining what Pythagorus’s Theorem is, or for that matter a triangle or its fucking hypotenuse! It just wouldn’t happen, yet with no concept of the rules and no desire to move a ball from one place to another, nor be trampled, kicked or made wet and muddy, we were expected to just get on and do rugby.

How I envied those that were officially Good At Games. They charged about with confidence and bright eyes. All milk-fed, wholesome and strapping. They would go on to embrace puberty like a welcome friend and sail through it without becoming greasy and evil; they would inevitably pass their driving test effortlessly the first time and always have nice white teeth. I cringed like a trembling Caliban in their gamey wake.

So whenever my last PE lesson came to an end I was pretty sure I was never going to do anything like that ever again, and for a long time I didn’t. I felt I’d found my groove with smoking and late nights and I never had to jump over or climb anything.

Fourteen short years later I stopped smoking and with a sense of ‘I suppose I ought to…’ I joined a gym and my life changed – not in a day but over the course of a couple of years and it changed for the better and forever.

I now see quite clearly that the best thing you can do for yourself is put time in working on your health and fitness and also – crucially – that it can be incredibly enjoyable and not doing it is a huge negative. But isn’t it apalling that for me, and I suspect several generations of others, physical education in school taught us nothing except how to avoid physical activity whenever possible. Please tell me it’s different for kids these days?